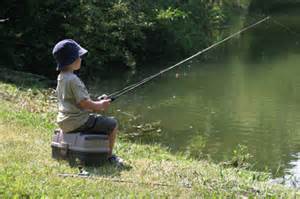 A 21st Century Issue
History
The oldest sewers in the city are over 100 years old, predating the establishment of Drainage districts in 1911 and the construction of the Wastewater System in 1939. in 1993, when the city began looking at combined sewer systems , there were 33 combined sewer overflows(CSO) and approximately 88,000 feet of combined sewers​
Combined Sewer Overflow Compliance
Anticipating the US EPA Combined Sewer Overflow Policy, the city began a close look at the combined sewer system to identify issues. Following the completion of the initial Long Term Control Plan in 2000, the city embarked on three major capital improvement projects . The Downtown Sewer Separation Project in 2000, the Broad Street Storm Sewer Project in 2002 and the Lake Allen Maple Sewer Separation Project in 2004. An Ohio EPA mandated addendum in 2005 resulted in two additional projects, the Upper Hocking Water Pollution Control Facility in 2011 and the South Broad Street Express Sewer in 2014. In between the city began aggressively identifying the triggers for CSOs and eliminating them. By 2014 the city had closed 24 CSOs and reduced the combined sewer system to approximately 52,000 feet. All total the city has spent $67 million dollars in Water Pollution and Stormwater Utility funds on these projects.
Long Term Control Plan Phase II
Upon Completion of the Upper Hocking WPCF, the city initiated a flow monitoring and sewer modeling study. After 15 years there had been significant changes in the system. These changes reflect the reduction of industrial flow, the shift in population growth, system improvements and the impact of the Upper Hocking WPCF. The resultant report outlines the steps necessary for the city to comply with the Combined Sewer Overflow Policy of 2-4 events citywide in a "typical year". These steps include;
Under the Ohio EPA compliance schedule, these projects must be completed by 2035. The estimated cost for these projects are $23 million.

A copy of the Power Point presentation to City Council is available here.