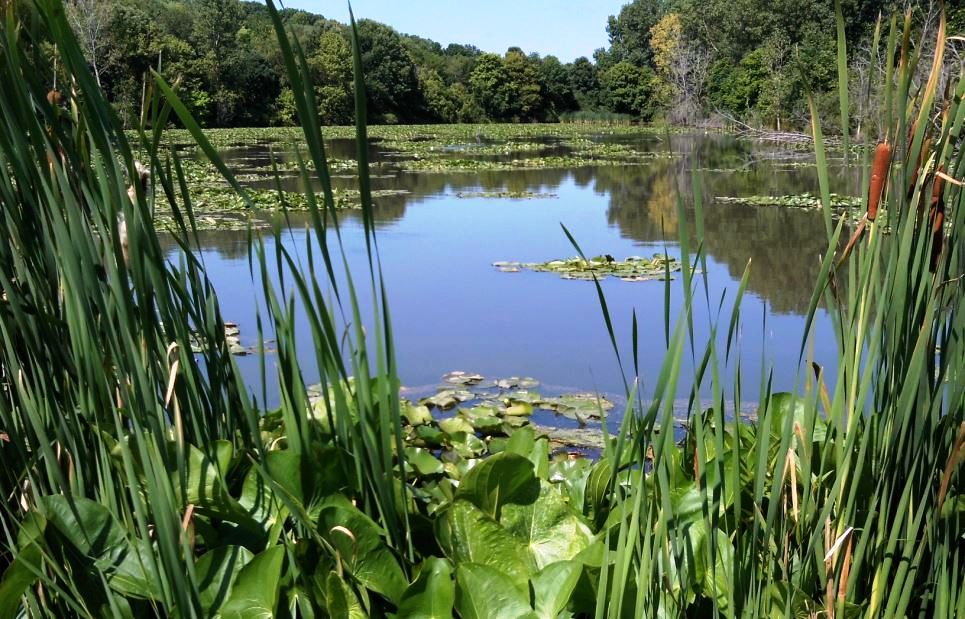 Need a breath of fresh air and a dose of nature's beauty in the midst of our urbanizing world? You do not even have to travel outside of the city! Located just behind the River Valley Mall, you can easily access this beautiful restoration area right off of the Lancaster City Bike Path. While you are strolling along the path, see if you can spot the ducks, geese, turtles, deer, and even the bald eagle that has been sighted in the past!
​It started as a hole in the ground. In 1986, Glimcher Realty began development of the River Valley Mall complex. Fill material to elevate the site above the floodplain was excavated from this area and a wetland was born. Initially, the area was designed as a flood storage basin and detention pond to replace the floodplain area. But over the years the pond silted in and maintenance was neglected. Cattails abounded and drainage was impacted. The Hocking River in the area was also suffering from lack of habitat and sedimentation due to erosion.

In 1999 a group of community leaders saw the potential for an urban wetland education and conservation center on the site. Their vision was to create a wetland to benefit wildlife and a natural area for the community to enjoy. A conceptual drawing for the site included boardwalks and trails, nesting areas, education areas, and plantings. Unfortunately, funding for the project could not be identified and the basin continued to deteriorate.

Finally in 2008 the site was donated by River Valley Associates to the City. Things began to look up when the City received a $362,077 grant under the American Recovery and Reinvestment Act in 2010 to perform stream and wetlands restoration. Four thousand feet of stream bank was regraded and replanted, and 25 acres of wetlands were restored. Construction was completed in 2011. The site is protected by a conservation easement that guarantees the area as a natural area in the future.

The next phase of the vision began in 2011 when Ducks Unlimited installed nesting boxes and egg tubes to encourage wild fowl. Construction of a multi-use path and a bridge connecting the Lancaster Bike Trail has made the wetlands accessible to the public for their enjoyment.

Almost immediately the importance of the basin as a flood mitigation project was realized. In April 2011, about four months after the basin was complete, the Hocking River flooded. As planned, water entered through the inlet structures and filled the basin with almost one million gallons of water. Downstream flooding was mitigated and debris that normally would have been carried by the river was held in the basin to form natural habitat areas for wildlife. 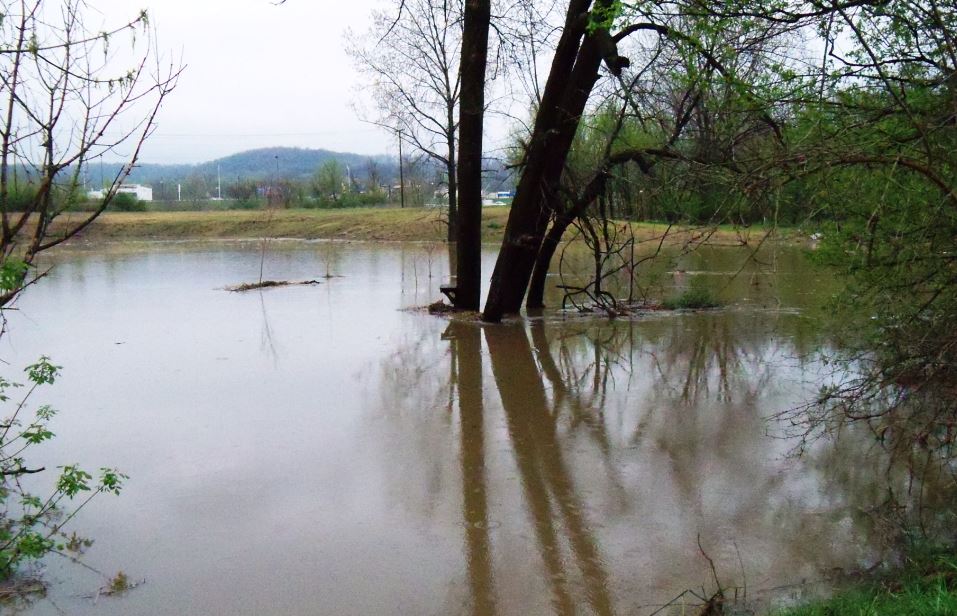