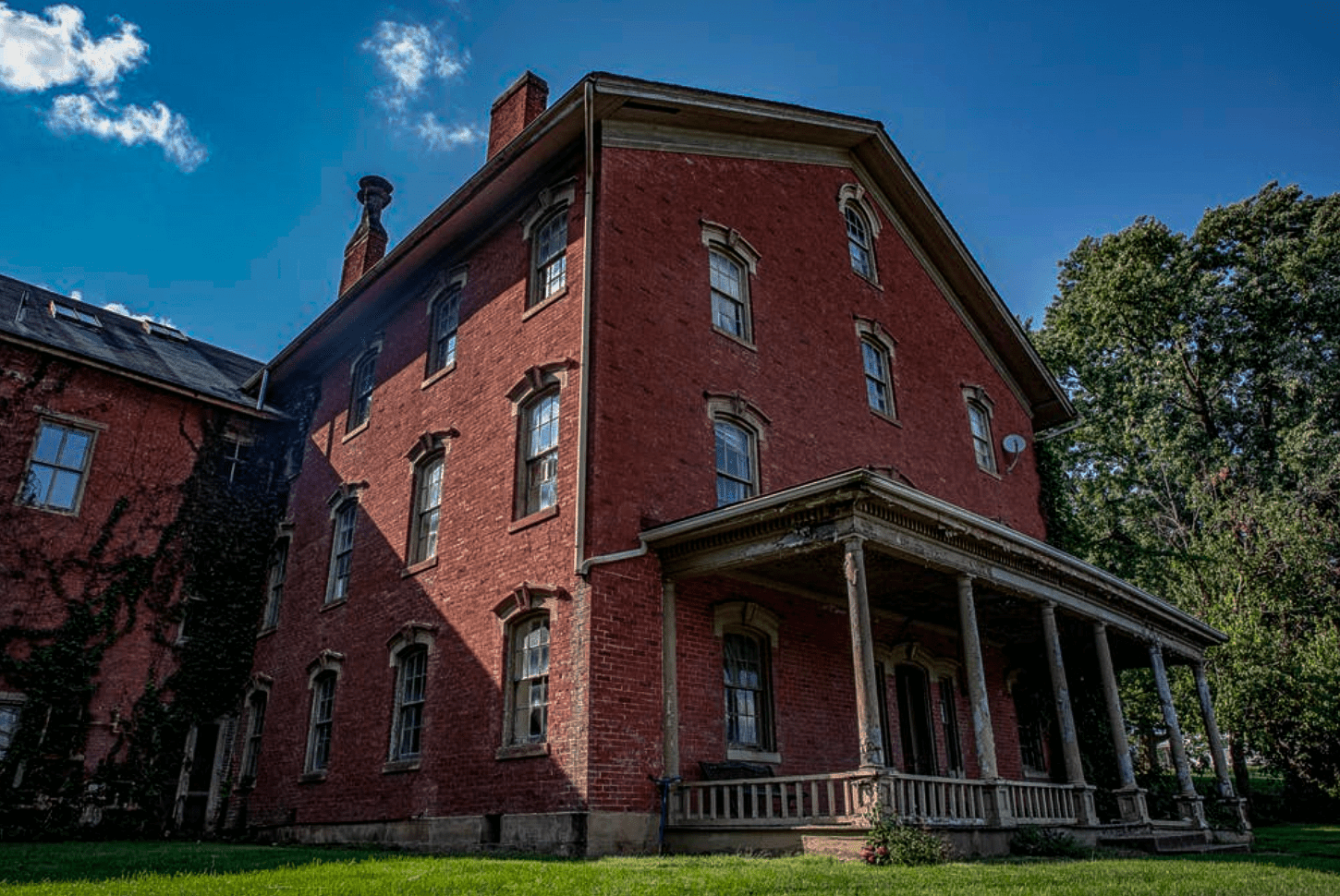 Containing just over two acres and now deeded to the City of Lancaster, a cemetery tract, known as the Papers' Cemetery, is to the southwest of the Infirmary building. The cemetery contains a large number of unmarked grave, as there were no public funds to make the expenditure for tombstones. Burials occurred throughout the 19th century, the exact number is unknown, but roughly 84 burials took place in the cemetery from 1894 to 1981. There are six grave markers in existence. Except for the one from 1981, the grave markers are largely illegible, although the dates 1909 and 1894 are visible on two markers. At the south end of the cemetery, there is a large but plain limestone obelisk with the inscription "To The Memory of Our Dead, 1886." The old/early boundaries of the cemetery are marked by concrete piers, and there is also a recent rope fence marking the entire tract. The cemetery lot is hilly and the highest point rises to be in line with the upper stories of the Infirmary.